Back in August, I wrote two posts about an experimental framework for distributed functional programming called Girder. The idea, in summary, was to make distributed code look as much as possible like ordinary Clojure, as opposed to structuring it explicitly around message passing (as in the actor model) or data flows (as in map/reduce, storm, et al). As I say, it was an experiment, but it was also something a cri de coeur (a mini-manifesto, if you will) against extraneous impingements on my code. Anyway, it sounds interesting, go back and read the posts, but you don't need to understand them in depth to understand today's post.

While it was illuminating to test this supposedly distributed computation framework on my little MacBook, I knew that, at some point, I would have to run it in the large. One of the few advantages of corporate serfdom is that the right supplications will often win you frolicking privileges on the baronial server fields, but we itinerant friars are stuck with Amazon Web Services. I know it's not fair to complain, but AWS is not really optimized for my purposes, or, in general, for situations where the following apply:

If none of these are true, my cockamamie scheme is certainly not the best approach, but, if all or most of them are, this is definitely superior to the more obvious mix of web console tools and ssh.

I previously described the necessary AWS setup. Other than a few short bash scripts, that phase didn't require any actual code, and much of the work was unintuitive clicking about on the web console. (Unavoidably. I tried boiling it down to invocations of the AWS command line utility, but, since Amazon documents everything in terms of their web interface, you would have been completely lost were anything to go wrong.)

Today is a Clojure day:

Step 3 turned out to be a rather lengthy and obsessive digression for me, leading to the four posts previous to this one.

The code mentioned below can be found in one of several places on github: The main route to AWS is via their Java SDK, around which amazonica, which provides a complete Clojure wrapper. In fact, it's better than a wrapper, because the plain SDK is mind-bogglingly tedious - model citizen in the kingdom of nouns.

For example, to bid on an instance in the spot auction market, you call a static method in the AmazonEC2 class:

The RequestSpotInstantRequest class has a do-nothing constructor and lots of .setXYZ methods, the most important of which is

where LaunchSpecification has yet more .set methods, including

and the InstanceNetworkInterfaceSpecification is where setSubnetId(String subnetId) lives, so you really do end up needing all of these classes.

Amazonica, by contrast, turns this logically nested data into explicitly nested hash-maps. So an entire request can be constructed like this:

This is a great improvement over pages of Java code, but we're not entirely free from the yoke of Amazon's SDK:

It would be nice if, rather than sprinkling our code with long, hard-coded assoc-in paths, we could specify path aliases in one place, like

and even nicer if those paths could specify incoming and outgoing transformation functions when we're required to mess around with encoding:

The previously mentioned lens posts describe tools to do just this. To set, for example, the command we want to run on startup, we can write and that we can configure such that these messages in turn get published to SQS, the Simple Query Service, which in turn we can tap from from inside and outside of EC2.

Remembering also that we've set up our instances so that, on boot, they'll run commands that have been stuck into user-data, you may guess the basic strategy. The command we'll really run uses the ec2-metadata utility that we set up earlier to extract information about the host

crammed into a base 64 encoded string. We will later decode this message with the help of clojure.data.codec.base64 and some hideous regular expressions

into a map of keywords to strings:

The :id is a UUID we'll create when we request the instance, allowing us to track the results of that request via notifications. 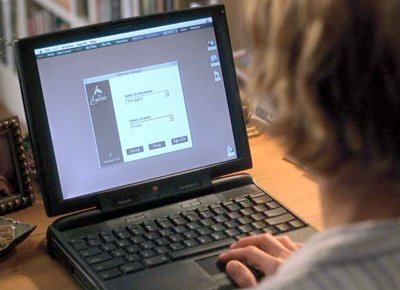 Back at the home front (i.e. the trusty laptop), we set up a single listener that transfers all messages from an SQS endpoint (as we previously set up) onto core.async channel:

The heart of this is (receive-message :queue-url url :wait-time-seconds 20), which is a blocking call to AWS that eventually returns one or more messages, or times out (20 seconds being the maximum timeout you're allowed to specify). While we can't force Amazon to give us an asynchronous alternative, we can isolate the synchronicity in this one function and not have to worry about it elsewhere. This pattern seems to come up a lot when interfacing with asynchronous communication libraries.

We're handed messages in a rather funny form. The hash map over :receipt-handle and :body is pleasant enough, except that the :body value is a JSON-encoded string, containing the real message under the key, "Message", and of course that "Message" is itself the base-64 encoded list of name/value pairs we sent ourselves. Malformed messages occur frequently enough that it's worth doing the decoding under try/catch, for which the stack-trace function is not particularly deep, but still quite useful:

All notifications, from every host, come back over the sqs-listen channel in the form of base-64 encoded name/value pairs created by the remote aws sns command. One of those values is a unique :id code, which, as we'll see below, is created at the time of the original request, so we can distribute messages out to specifically interested listeners:

We maintain a map of ids to channels in an atom

and subscribe by associating a new channel to each new id:

Meanwhile, there's a thread listening on our SQS channel, decoding the messages and dispatching them onward:

Let's start by bringing up a single medium sized host and run the Redis server on it.

Here are the instructions that masochists use:

What we would like instead is a simple function, to which we provide our request map (in which most of the manually entered values above are already present), a few extra stipulations about the machine, and the command we want to run

and get back a channel that will deliver information about the instance once it's up. If the instance doesn't come up properly, we want our function to eradicate any bits of it that might still be costing us money.

Let's build that function. For brevity I've stripped out configuration details and optional arguments present in the real code, so there will some hard-coding, as well as references throughout to global variables like my-sns-topic, which you'll have to take it on faith are defined somewhere.

The function will start by ph-assoc-ing any specified stipulations (such as the subnet, type and maximum hourly price, in this case) into the default request map:

Next, we register for notifications on that id, make the call to initiate the spot auction request, and extract the identifier that EC2 gives to the request (it will be "sir-" something or other, which consistently makes me giggle):

Now we wait for either notification or a timeout:

Either way, we're going to want some information about the request, including the instance id if an instance was actually created:

In the event of a timeout, it's still possible that the request was fulfilled, but for some reason or another our notification didn't occur, so we should cancel the requests as well as terminate the instance, if it exists:

If we do receive notification, we can just return the request and instance ids

so they'll be delivered on the channel returned by the go block.

The code above makes a few compromises for clarity. I won't go over all the details, but the real bring-up-spots function is a bit fancier:

So far, the only thing we've run is the Redis server, whose executable we pre-loaded earlier onto the image. To run Clojure code, we need wrap it in a class with a -main, bundle it up with lein-uberjar, copy it to S3 from our external host, and copy it from S3 down to all the internal instances that need it.2

In the case of girder, the guts of the runnable will be the the launch-worker, launch-distributor, etc. surrounded by a tremendous amount of common functionality. It is useful to have a generic wrapper that is given a function to invoke and an option specification in clojure.tools.cli form, provides a several core niceties:

None of that is particularly difficult, but it is tedious to do over and over again, so I wrote a utility function, allowing one-line definition of -main:

For Girder, the doit starts by extracting a few options:

and returns a map, containing entries for one or more services we've chosen to launch in this instance. (The specific services won't make much sense if you didn't read the Girder posts, but you get the idea.)

We optionally launch one or more distributors:

One or more workers (in the same process), either identified explicitly or automatically named:

Putting it all together

We can run an experiment by running a "script" in the REPL.

Since all the Girder services work via Redis, we start by bringing up the Redis server and extracting some information about it. It will be handy to have the uberjar on this machine, so we download it first:

Since we need to extract some information about the instance before we can start other instances, it's necessary to wait:

We're going to pass the private redis-ip address and the log specification in which its embedded into the CLI invocations for the various server processes. With the public redis-host, we can, if we want, use clj-ssh and carmine to interrogate the server:

Next, we bring up a distributor and a helper in the same process, starting by downloading the uberjar:

Wait until they're all up:

Since the log argument is of the form (str "debug:" redis-ip ":6379"), messages at :debug level will be sent to Redis, where we may peruse them at leisure:

We're about ready to launch jobs. We'll do so from the Redis server, since it has a public IP, to which we can ssh.

If all goes well (and it did), this returns the same sort of array of "Bogosity" strings that we got locally in the first Girder post, except a lot more of them. Since not much computation is going on, the job of the workers is really to harass the distributor and Redis server as relentlessly as possible, so we get an idea of what they can take. And that seems to be quite a lot. Without any time spent on network optimization (and using t1.micro instances advertised for their cruddy network performance) system latency seems to be about 4-5ms per job, which is about 50 times better than I've seen on commercial systems running on much better (and better controlled) hardware.

Cashflow from Girder is strictly negative, in the form of payments to Amazon, and those are largely proportional to the number of machines and the time that they're up. As noted, we keep track of all-requests in an atom, so they can be canceled en masse in a hurry with a single function call: 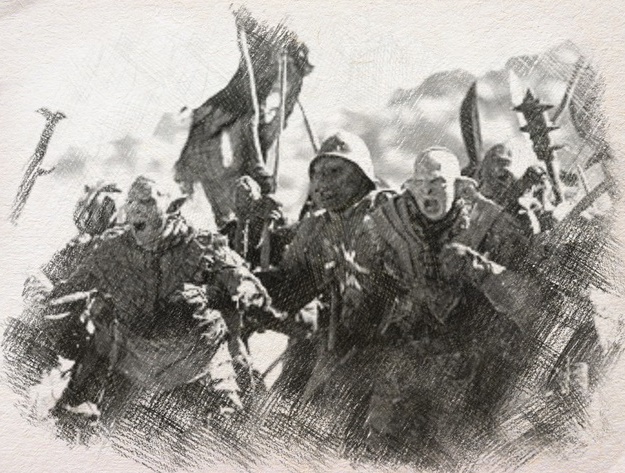 I know they're fairy tales, but still I am haunted by stories my grandmother use to tell me, about dirty, evil monsters who do not recognize the superiority of the Clojure REPL for nearly any purpose. If only they would listen, or read blogs, surely the surging armies of darkness would lay down their arms and turn on paredit mode.

For interactive control of many server instances, the Clojure REPL has distinct advantages over the Bourne Shell. In addition to a boundless library of tools to prepare and analyze data, we have vastly better concurrency control via core.async. Plus it's more fun.