How strange to think that, a mere week ago, the world had not yet heard my public pronouncement that transducers ought to be stateless. True, the media frenzy has died down a bit, but in its stead comes the quiet awareness that life will never be the same. Anyway, that's the way I like to think about it.

We will use funny symbols!

(Only half of them gratuitously.)

But really, they shouldn't have state.

The bulk of this post is going to be about the combined ramifications of state-aware but stateless transducers and static typing, but I wanted to back a bit and spend a moment reinforcing the argument against stateful transducers.

In his Strangeloop talk, Rich Hickey used the metaphor of luggage handling. A transducer is akin to instructions to unbundle pallets containing multiple bags (mapcatting), or remove bags that smell like food (filtering), or wrap up ones that look like they'll break (mapping). Each instruction should be independent of whether the cargo arrives on a conveyor belt or the back of a tractor, and, furthermore, the combination of instructions should also be deliverable independent of transport.

In this light, he notes, it seems strange that we're ok with map, filter and mapcat/flatMap methods specific to core.async channels or streams or lists. It's especially bizarre that we tolerate transport-specific composition of such operations. I.e., in Scala-esque, we could have textually similar lines like

where you cannot possibly factor out the stuff after the first . because it embeds container methods.

With lovely transducers, it would be more like this:

where td and the things that compose it are just reducing functions (R,A)=>A. So far, so good.

Both of these involve state of different sorts - keeping track, respectively, of the previous bag's owner or of whether a tick has ever been heard - but, when we transition back to computer-land, the suggested location of that state differs. The halt order is conveyed by wrapping the reduction value in a Reduced object, while bundling state is kept in an atom inside the transducer itself.

Back to our story.

Last week I discussed applying Reduced approach to state of all kinds and illustrated how it might be done in Clojure - conventional, untyped Clojure. This week, it's Scala and static typing. Things get interesting.

Here. This is stolen outright from Paul Phillips and then slightly mangled:

This clean, straightforward and uses rather than abuses type inference. I'm having trouble reconstructing the reasons I originally objected to this approach.

We can perform the usual tricks:

which store state in the volatile prev variable, let's write a Scala version in the obvious way,

by storing the previous value in the aPrev option. That looks OK, but there's trouble abrewing:

Eek. The transducer thought the first "3" in the second sequence was a repeat, because it still held state from the first sequence.

We can kick the can down the road a bit by initializing the option in the apply method, thus allowing repeated uses of t:

but we'd still run into trouble if we had the nerve to re-use a transformed RFn:

Let's introduce a reduction holder, so we can store state alongside the reduction value,

and rewrite t_dedup to use it:

Now, we match against the accumulated reduction rather than against a mutable variable, which is totally awesome... except that it won't compile, because apply has the wrong return type.

so that function application always wraps up state. Sometimes, we won't need state, but we can always store something and then not use it.

A much more serious problem is that we no longer know how to write compose. We know that the composition of Transducer[C,A,S] and Transducer[C,A,T] will need to have an apply method with return type RFn[B,RH[RH[R,S],T]], as the reduction is first wrapped with an S and then again with a T:

but exactly the type of Transducer thus produced is not just unclear but, as yet, inexpressible. Somehow, its type will need to embed S and T in a manner that lets us deduce the proper wrapped return type for apply. Furthermore, this should work no matter how many compositions we put together.

Having poked around in the shapeless codebase, we are... well, overall, we are sad and confused, because it doesn't seem possible to ever be smart enough to understand this. But, we can sort of pick up the idea that it's possible to build data structures with types:

We can even write little programs, by declaring parameterized subtypes within the traits and having them "call" each other recursively:

As long as all the types are known, the compiler will merrily expand SCons#Concat recursively, stopping when it hits an SNil:

(The last line shows a handy trick for verifying the resolution of complicated types. If the cast didn't match the declaration, it wouldn't have compiled. There's a better trick, which we'll use later.)

So now we have half our answer. If we parameterize Transducer with SList, then compose can simply return the concatenation:

Now we have to figure out what the various apply methods return. Can we infer the proper RH nesting from the SList? We can define another subtype to do the wrapping,

Thus armed, we can now write out the compose method, breaking it up to reassure ourselves that types line up:

That reassurance stops at the last line: equivalence of T#Concat[S]#Wrapped[R] and S#Wrapped[T#Wrapped[R]] seems to be beyond the capability of the type engine to prove. Given concrete types for R, S and T, it could expand both expressions to the same nest RHs, but, here in the depths of our transducer, it doesn't know the concrete types.

They are, however, generally known at the time that compose is called, where can force the compiler to check our math by using a type constraint. We'll add an implicit instance of the =:= class to the compose declaration, along the lines of.

which is especially good fun as we can use infix form. The compiler will now alert us if these two types for some reason aren't identical in a particular concrete instance.

Of course, we won't know R until apply time, but our primary concern is that all the fiddly wrapping works out, which is really independent of R, so we'll use Any instead.

The cast is still necessary, but it feels a bit safer now. (If anyone knows how to avoid the cast entirely, I'd love to hear it...)

We can now write a new deduplicator, totally free of vars and side-effects, that passes along state to itself by wrapping it up with the succeeding reduction value and declares its intention to do so with the wrapping directive type SCons[A,SNil]:

The standard factories for simple mappings and filterings are essentially identical to the state-unaware versions, because SNil::Wrapped[R] is just R:

The state of statelessness

The last, somewhat annoying, piece we're going to need is a way to wrap up the initial reduction value in layers of RH(...,None) and then to unwrap the final reduction.

The reason these are annoying is that the object wrapping naturally follows the type wrapping, but we don't have a particularly beautiful way of accessing the wrapped type at runtime. Instead, I think, we have to use the unbeautiful workaround of manifests, which are always introduced with the warning that they're experimental and might be removed from Scala some day but for now you should look at the source file.

If we add to wrap an (implicit ms : Manifest[S]) then an instance of ms will be available at runtime, built according to a recipe captured at the time of compilation. From the manifest, you can extract quit a lot of information, but for our purposes, the most important bit is that typeArguments will return a list of manifests corresponding to type parameters.

We expect Manifest[SCons] to have two type parameters, of which the second is Manifest[SList], and Manifest[SNil] to have no type parameters. When the following function is called as sdepth[S], it will implicitly receive a complete manifest of the nested SList; then it will call itself recursively with successively peeled back manifests, counting up the number of layers:

We can now use sdepth to direct the wrapping and unwrapping festivities. There are still casts that I wish we could get rid of, but I don't see how:

The standard sequence function is now a one-liner (assuming that type declarations don't count, which would in fact be a bit silly in discussion of type programming):

It does quite a lot:

Along the same lines, it will be handy to have a state-aware foldLeft to do the same sort of prep work for general reductions:

Let's verify that we don't have the same hidden state problems as the previous implementations:

Hovering over r in Eclipse shows the expected function type: 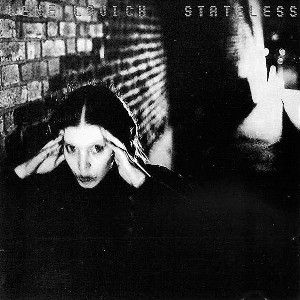 I think this came out pretty well. State is where it should be. Type of state, type of reduction and type of transduction are specified strongly and, while I'm no Scala stylist, the complexity from a user's standpoint is not overbearing.

It is satisfying that the conceptual manner in which transduction type operates on reduction type can be realized in Scala, and the techniques employed seem quite general. On the other hand, they also feel a bit tricky, as if we're getting away with something the language doesn't naturally support, and I don't understand the bounds of their applicability. (It's clearly time to delve into shapeless, which is fortunate because I was running out of excuses for avoiding Haskell.)

It does not seem advisable to attempt this sort of type transmutation in core.typed; on the other hand, it appears alluringly simple in schema, where you get an entire Turing-complete language for type analysis.